Inversion of the Yield Curve

“Inversion of the Yield Curve”

What a difference from the fourth quarter!  Nearly the entire 14.3% decline the market experienced in the fourth quarter was erased in the first quarter.  A primary driver for the rapid shift in market sentiment was a change in interest rate policy by the Fed.  At the end of December, the Fed signaled they are unlikely to continue rising interest rates.  This helped spark a stock market rally.  In the end, domestic equities (Wilshire 5000 Index) rose 14.1% in first quarter.  International markets were also higher, but continue to struggle to keep up with domestic markets.  International stocks (ACWI ex US Index) were up 10.3% during the quarter.

Below is a table highlighting various market index returns over the past 3, 12, and 36 months: 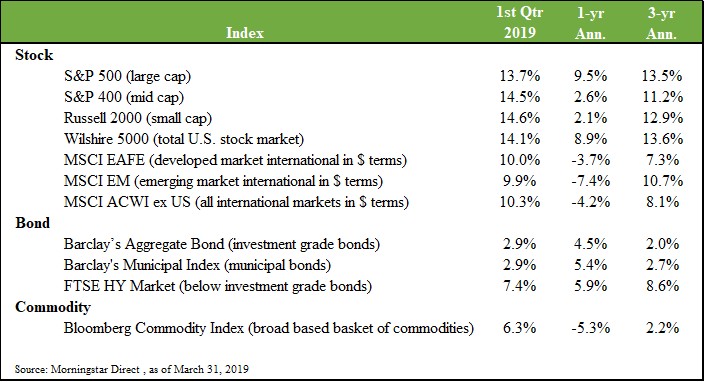 The inversion of the yield curve has dominated the headlines, bringing fears of a recession with it.  Just looking at the curve at the end of the first quarter and comparing it to the curve at the end of 2013 (see below) shows the dramatic difference.  The yield curve is now incredibly flat with the 1-year rate just slightly below the 10-year rate.  Yields actually invert from 1-year to about 7-years.  An inversion occurs when the yield on longer-term bonds is lower than shorter-term bonds.  The question is how should an investor respond to the flatness of the yield curve? 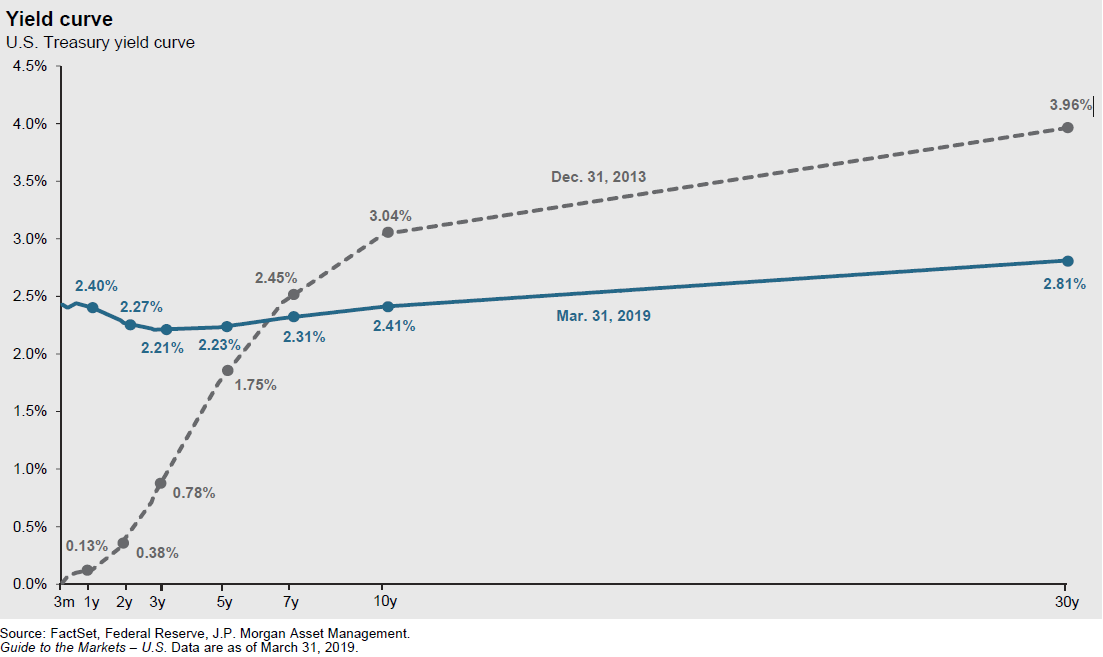 Our tactical allocation has been to have a shorter market duration than the benchmark.  Since the corporate bond and municipal yield curve look slightly different than the Treasury curve, we are not recommending the sale of all bonds for short term notes.  Instead, we have overweighed short-term credit over intermediate while the yield curve looks like it does currently.

The chart below looks at interest rate hike cycles since 1962 and plots each time that the 10-year Treasury yield was below the 2-year Treasury yield, indicating an inversion.  There were nine times that the curve inverted, resulting in seven recessions.  It is interesting to note that there is no consistent time between the inversion of the curve and the onset of a recession.  The time to recession was as short as 7 months and as long as 19 months.  The average time to recession was over a year at 14 months.  In two cases, the curve normalized and inverted a second time prior to the recession.

With such a wide discrepancy in time to recession from the inversion of the yield curve, it is difficult to use this as a predictor.  According to Barron’s, since 1978 the yield curve has inverted five times and the S&P 500 was positive one year later in all five cases with a minimum return of 9%.

As history shows, it is not only incredibly difficult to predict the timing of a recession but also how the stock market will perform.  While an inverted yield curve is a warning sign for an upcoming recession, it should not be a clear “sell signal” for investors.

Instead, investors can take advantage of the rise in rates to make sure they are optimizing income from their cash positions.  Cash accounts have yielded almost no interest since 2008, but that changed in 2018.  As seen in the chart below, while traditional bank accounts still yield less than 0.5% per year, money market accounts had a yield over 2% in 2018.  On $100,000 that’s the difference between $424 and $2,133, respectively. 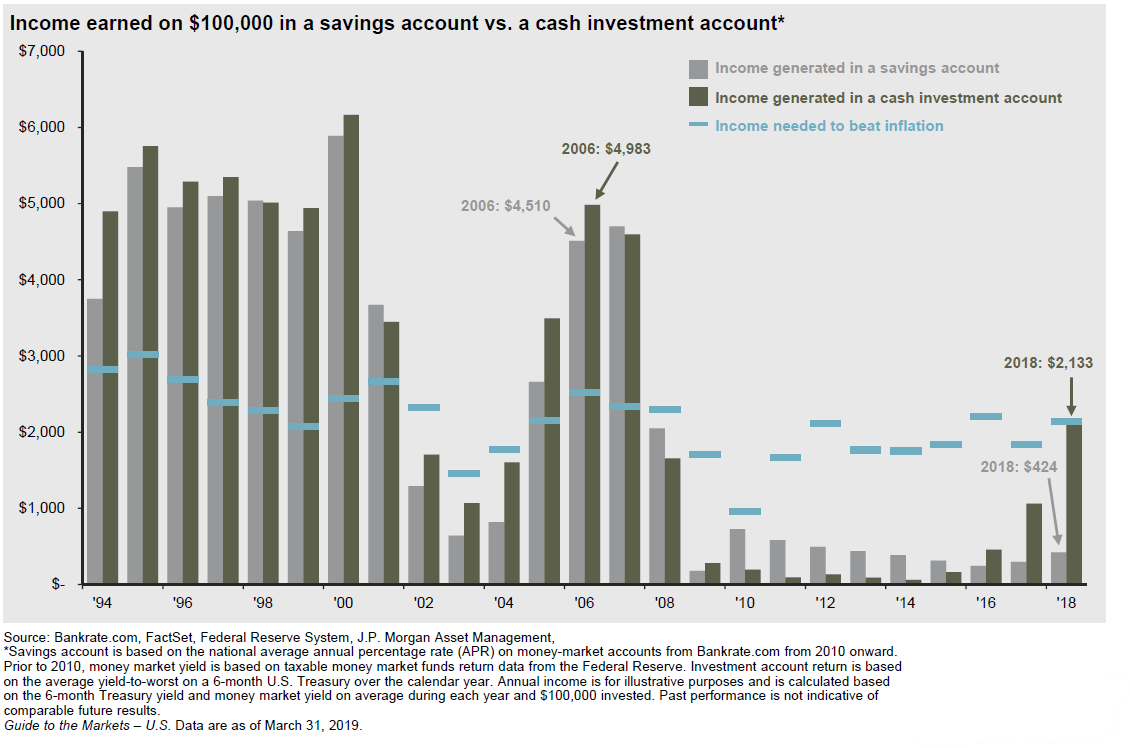 We suggest reviewing how your cash savings is being invested.  If you have cash savings that is not yielding near 2%, consider alternatives.

Enjoy the summer and as always please call with any questions or if there has been a change in your financial situation.